Some images below depict or imply sexual violence- if you are distressed by such images, please take care. 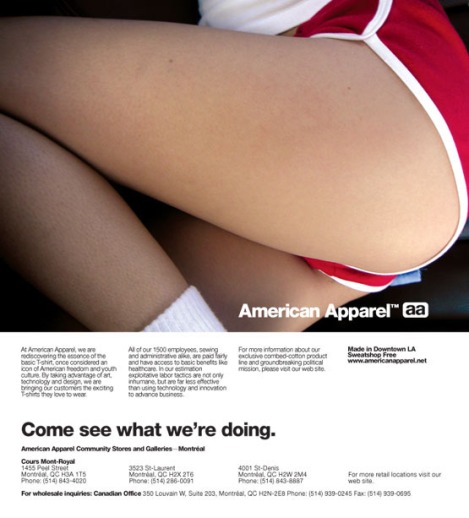 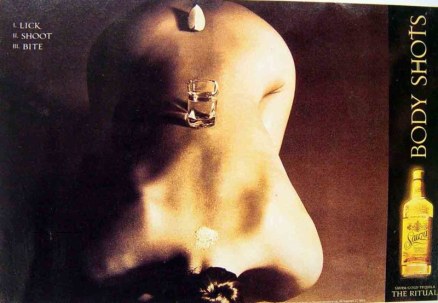 There’s a big difference between subjecting a person to unrealistic beauty standards, and sexually objectifying them, though of course usually both occur at the same time- for example, you’ll notice that nearly all the women in these adverts are white, thanks to our society’s racist beauty standards.

In almost all advertising and other media, women and men are subject to beauty ideals which can only be met with the help of makeup and Photoshop. In a lot of media, particularly in many adverts, women are also sexually objectified.

In adverts like these, women have their personhood and dignity stripped away and become objects which can be used as decoration, as a table, as a clothes-stand. Their bodies become things. Sometimes parts of their bodies are cut off from the person as decoration for a product- a disembodied female thigh is used to advertise American Apparel, a naked woman’s lower body is used as a sushi table. Try and imagine a man being portrayed in any of these positions, or disembodied male body parts being used to sell beer, clothing, cars. Art critic John Berger points out that we can spot sexist and objectifying representations of women by trying to imagine a man being treated that way: “Transform the woman into a man. Either in your mind’s eye or by drawing on the reproduction. Then notice the violence which that transformation does. Not to the image, but to the assumptions of a likely viewer.” (Ways of Seeing, p.58)
space 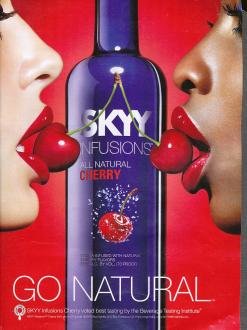 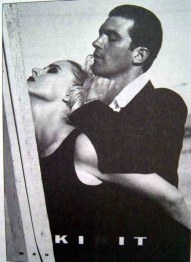 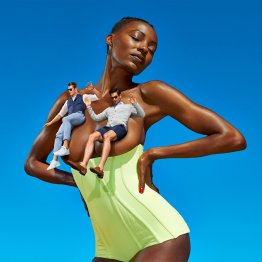 Women’s bodies are used to sell everything from protein shakes to organ donation. Just like they’re subject to a narrow and unrealistic beauty standard, there is also only one narrow ideal of women’s sexuality used in these objectifying images- whereas men are shown as active agents, women are presented as passive objects. Women’s body language in objectifying adverts is vulnerable and submissive. Men’s body language is active- they do things, women have things done to them. 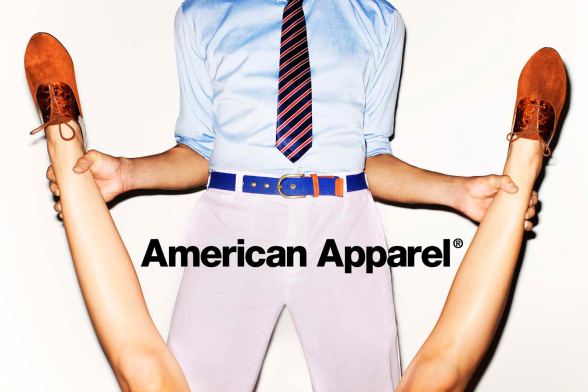 This idea of female sexuality as passive and vulnerable, which we see everywhere in advertising and other media, is another reason white women are used predominantly in advertising, as this idea conflicts with the stereotype of black women as “sexual aggressors and sexual savages.”  When they are portrayed in media, black women are often fetishised and subject to different treatment, simultaneously degraded as objects while being rejected as “proper” objects of sexual desire.

Sexually objectifying images are everywhere, and we’re so constantly inundated with them, and have become so used to them, that it may be hard to identify sexual objectification when we see it. With this in mind, political theorists Dr. Caroline Heldman has produced 7 questions to help identify sexual objectification. If the answer is yes to any of these questions, an image is sexually objectifying.

When you’re next watching TV, or skimming past the ads in a magazine, or looking at the posters on billboards or shop windows, think about these questions. How many of them do you have to say ‘yes’ to?

Objectification has significantly increased in the past 30-40 years in television, movies, video games, music videos, and magazines; we’ve seen a huge increase in the number of images we’re exposed to every day due to the development of new communication technologies, and the images themselves have become more violent and more hyper-sexualised.

As I mentioned above, men are also subjected to narrow beauty ideals by the media;  Jean Kilbourne points out that “Men are photoshopped too, but when they’re photoshopped they’re made bigger.” This is also usually done by men, for men (remember that 97% of creative directors are men, as I mentioned in Day 2’s post). We can see a pretty striking difference in the way men are depicted for a female audience, compared to a male audience. Look at how the same man, Hugh Jackman, is portrayed for a women’s magazine and a men’s magazine in the same month (August 2013):

It is most often for the benefit of a male audience that men are pumped up into muscle machines. The image of men as huge, aggressive and muscular is a power fantasy, created by men and fed to other men through the media.

However, while men have to face an unattainable beauty ideal, just as women do, they are not sexually objectified in media in the way that women are; they keep their agency and their personhood. At no point do advertisers try to sell products using a scantily clad man draped passively over a car or a beer bottle, or arching his back with a coy smile while he clutches bedsheets to his chest. Men might be made-up and photoshopped into an unattainable body ideal, but the idea of male sexuality that you see everywhere (in advertising, TV, movies, etc.) is men as agents, in control, who take an active role, who do things, instead of having things done to them.

Buzzfeed’s ‘Try Guys’ had a go at being made up, styled and Photoshopped in the same way as some female models in the video below- take a look, particularly at Keith’s reaction (5 minutes in) when he realises his pose is sexually objectifying.

The culture we live in, where sexual violence and sexual harassment against women is endemic, has not sprung from a vacuum. It’s been  suggested  by  many  that sexual harassment and violence against women is rooted in a culture of male entitlement. It shouldn’t be surprising when, on the buses that go past, on billboards, and on every TV and computer screen, men are bombarded with images of sexually objectified women.

Another consequence of this constant sexual objectification from all sides is on women’s own psychology, and particularly their view of their own sexuality. Growing up seeing images of women like this has an effect on our views, just like any other kind of social influence. While men are being taught by our media to sexually objectify women, women in turn learn to think of themselves as sex objects.

Self-objectification, when women learn to see themselves as sex objects, can lead to a range of consequences, including:

“A woman must continually watch herself. She is almost continually accompanied by her own image of herself… From her earliest childhood she has been taught and persuaded to survey herself continually…

Can objectification be empowering?

“I would like to propose that something else is being sold. To men, they’re being sold this idea constantly that they are sexual subjects, they are in the driver’s seat. It makes them feel powerful to see images of objectified women everywhere. And for women, we are being sold this idea that this is how we get our value, and this is the way to become the ideal sex object. Which is why, instead of sex selling, these ideas of subjectivity and objectivity are being sold. So we see men’s magazines with scantily clad women, and we see women’s magazines with scantily clad women.”

The definition of “object” entails that a sex object is acted upon, lacks agency, is not the active subject. How much power can there really be in this position?
space

On your coffee break? Waiting for your pasta to boil? Take 15 minutes to watch this TED talk by Jean Kilbourne on sexual objectification in advertising:

I’ve linked to Dr. Caroline Heldman’s TED talk several times in this post- you can watch the full talk here:

Or if you only have a couple of minutes to spare today, take a look at this video:

View all posts by PregSelfConf